OK, I admit it. I may not be the hippest guy in town, but for a guy in his early 40s I don’t think I’m doing too badly.

So I met this woman on a dating website. She sounded interesting enough and her photo online made her look rather pretty. We wrote seven or eight messages back and forth and it appeared that we had some things in common. We were both about the same age, we both were trying to be healthy, similar education and such. It was all good. 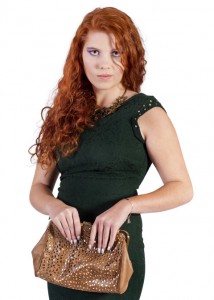 After writing each other for a bit we had a fairly brief conversation on the phone. The phone call went just fine. She was a bit reserved and, frankly, I’m kind of shy so we really talked about pretty light stuff. After a few minutes I suggested that we meet for coffee and she was amenable to the idea. We planned to meet the following Tuesday at the coffee shop next to the library.

I got to the date about five minutes early so I bought a coffee and found a table. A few minutes later my date arrived. I wasn’t initially sure it was her, but apparently she recognized me from my photo. The thing was, she was dressed like she was somebody’s mom stuck back in the 60s. She was wearing a very proper looking blouse, a button up sweater, motherly polyester pants, some sensible shoes, and she carried her purse just like you see in the old movies-in the crotch of her elbow.

I offered to buy her a coffee but she declined telling me that she mostly drank tea and she had just had some at home. She then sat down, bolt upright with her purse in her lap holding onto the handles as though she was waiting for a bus in a bad neighbourhood. Her lipstick was perfect and her hair, held in place by too much hairspray, formed a wave. I thought I was on a date with “Leave it to Beaver’s” mother.

The conversation was equally strange. She sounded like she was The Beaver’s mom too. She talked about her children doing well in school, her garden and how she liked to help out at the church on the weekends. I’m sure if I had seen her arrive she would have stepped out of a Studebaker and smiled at the milkman.

So after about 20 minutes of chatting with Mrs. Beaver, I suddenly remembered that I had to meet my accountant about an audit and bolted for the exit.

Ok it wasn’t a crazy date – just a date from the Twilight Zone. I haven’t kept in touch.