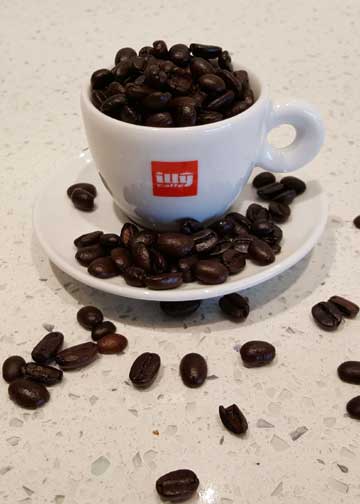 I am normally not a fan of being set up. You know how it goes, your friends who think they know you so well have a great guy in mind for you. They even say those dreaded words "you guys would be perfect together". So I should have just politely declined when my BFF Suzie claimed that she had found a guy who ticks all my boxes IE. would be perfect for me.

Suzie has been dating Simon for over a year and they are super cute together. She met Simon through a friend and this worked for them, so she wanted to pay it forward by finding a guy for me. I was pretty ambivalent about the whole thing but Suzie would not stop until I said yes. She can be very persistent at times which can be very sweet and also quite annoying.

The 4 of us were going to meet at a coffee shop first and if things went well possibly dinner after that. I was the last to arrive, planned that way so I could see the guy before he laid eyes on me. I could then run and hide if he looked terrible. I was pleasantly surprised. He was not horrible looking. Maybe a little chubbier than I would have liked but not too hideous. Hope that doesn't sound too mean but I need to like the look of a guy I could be dating. Call me shallow.

Anyway I joined the group at the table and introductions were made. His name was Felix and he lived just around the corner from the coffee shop. He seemed to know everyone there and when I commented that this place was his "Cheers" he looked at me like I had two heads. I thought it was funny and so did Suzie. He told us that he knew a lot about coffee and proceed to educate us all about pour overs vs drip and which beans were more aromatic etc etc.

After what seemed like an eternity of in depth boring coffee analysis I suggested we all just order a coffee. I was really dying for a cappuccino and when I proceeded to ask for one, Felix interrupted and told me that he couldn't let me order that at this time of day. In Italy he informed me, I would be laughed out of the coffee shop. He wanted to save me from the embarrassment and ordered me a pour over dark roast fair trade coffee from Guatemala. He assured me that I would be much happier with this than the drink I really wanted. I stared at Suzie and Simon who had already ordered and were drinking their coffee at the table.

This pour over took forever and I was left with Felix sprouting on and on about coffee and coffee shops he had visited around the world. I really tried to be polite and nodded and smiled but inside I wanted to scream and would rather have been anywhere else. When the coffee was finally ready I went to the till to pay, it turns out Felix didn't have his wallet and 2 cups of this gourmet coffee was $20.00 in this place. Could it get any worse? Well we grabbed our coffees and went to sit down. I took one sip and I spat my coffee out all over Felix and his hipster retro T Shirt. It was the most bitter dark piece of crap I had ever tasted. I really really really just wanted a nice foamy cappuccino. Felix stood up in disgust and walked out. I cried out sorry but he either pretended not to hear or didn't care. Needless to say I never saw him again, and I still haven't forgiven Suzie. Oh, by the way, it's almost 3PM and I'm drinking a cappuccino - my apologies :)