He Said, “I really like cheese” then he waved his cheese in the air

When my marriage fell apart I decided not to let myself get swallowed up with loneliness and sadness. I was not going to sit at home watching Oprah but I was going to get out there and enjoy my life. I had always loved the outdoors and decided to join a hiking club to meet new people and get some exercise. The group met at the local library on Thursday night and with some nervousness I went to the meeting. I was so glad I did. The group was very welcoming and I noticed that I was not the only newbie there. 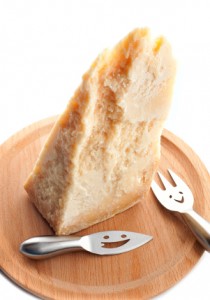 The first hike was about an hour’s drive from town and we met at a local coffee shop to organize car I love cheese pooling and distribute maps. I ended up in a car with 3 others. Our driver was Glenn, one of the other new members that I had noticed at the meeting. The four of us got along really well and the conversation flowed smoothly. I sat in the back of the car and I did notice that Glenn would occasionally look in the rear-view mirror and smile at me.

The hike itself was great. There were about fifteen of us and I had a chance to have lovely conversations with different members of the group. When it was time for lunch we stopped and people started pulling out of their backpacks various cheeses and crackers and lots of delectable treats. I was sum what embarrassed as I ate my sandwich and apple. I was told to help myself and made a mental note to do a deli-run before the next hike so that I could contribute to the delicious lunch buffet.

On the drive home I ended up riding with two really nice women who were school teachers and we laughed the entire way. I realized I had missed being around fun and interesting people. Occasionally I did think about Glenn driving in the car ahead and wondered if he was thinking about me.

The Friday before the next hike I headed to our local Italian deli to pick up some cheese for the next day’s lunch. While waiting in the cheese line up, I noticed Glenn over by the olive oils so I went over to him. ” Hi Glenn. It’s busy here this afternoon.” I said. He looked at me and smiled. I thought he must not have recognized me so I continued ” Hi. It’s Cheryl from the hiking group. Remember me?” He looked at me again for what seemed like ages and then it was as if a light bulb went off. ” Oh Hi” he said. ” I came here for cheese. I really like cheese” then he waved his cheese purchase in the air. “That’s nice” I said. I didn’t know what else to say or do so I just said “Bye. See you later then”.

I left the store without cheese or anything that I had come for and drove home. Well that was weird but at least I did know that Glenn likes cheese.

Well that was four years ago now and we have been together ever since. We paired up on the second hike and every hike since then. I often tease him about his love of cheese but in a loving way.