One particular cold Saturday evening my friends invited me to go ice skating at one of the local outdoor rinks. I had not skated since I was a kid but I managed to find my skates and thought it might be a fun thing to do.

My friends were always inviting me along to do things with them even though I was the only single one. I have had boyfriends and one pretty serious one but nothing that had lasted more than a year. I guess you could say that I am pretty picky but I refuse to lower my standards and just date someone out of fear of being alone. I never wanted to live life without a man in my life. Sometimes it is weird how things turn out. Before you know it your friends are getting married and buying houses and I was still renting an apartment and spending Friday nights at home watching Netflix. This was not how I wanted to live my life. I wanted to share my life with a man because I knew I had a lot of love to give. I did not want to become a cat lady! 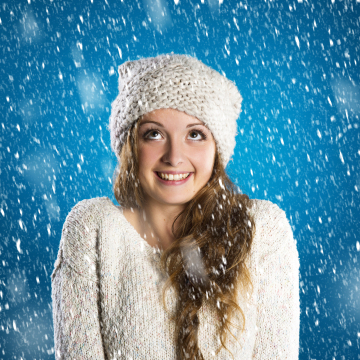 Anyway I met my friends at the rink and it really was a beautiful evening.Beautiful woman in warm sweater It was cold but still, and there was no one else on the ice. I laced up my skates and was the first one out.

I had forgotten how much fun it was to skate. I felt like a kid again whizzing around the rink and even showing my friends my spins and backwards skating moves.

About an hour later I noticed a couple of guys come over to lace up their skates. They had a friend with them who looked like he had never skated before. They helped him on the ice and laughed at him and left him. He really was struggling and I felt badly for him. I skated over to him just as he fell over. I offered my hand to help him up and he smiled and I noticed he had the most beautiful green eyes I had ever seen. “Thanks so much” he said in a wonderful Irish accent. “My friends are terrible aren’t they” he laughed. “I have never skated before in my life and they just leave me here all alone.” I realized that I was staring at him and still holding his hand. “My name is Tom, and you are?” he asked. “Hi Tom. I’m Lacy. Nice to meet you. Would you like me to help you around the rink?” “Thanks Lacy. That would be awfully grand” he said in the most adorable Irish accent.

I looked over at my friends who were giving me the thumbs up sign and we looked over at Tom’s friends who were doing exactly the same thing. It was the most magical evening ever and when it started to snow I thought my heart would leap right out of my chest. You could not have imagined a more perfectly romantic evening. It felt like I was in a movie.

One year later we were at the same skating rink and Tom asked me to marry him. Of course I said yes!!