I had never realized how hard it was to be a single man. All of my friends teased me about being a “player ” and constantly asked me questions about my love life. They all assumed that I was hooking up with a new hot female every weekend and dancing the night away while they were at another family gathering.

The truth was that I actually envied them their normal lives. Don’t get me wrong, I really was hooking up with a hot woman most Saturday nights but it was becoming shallow, boring and quite monotonous. I really wanted to settle down with a nice girl and start a family. 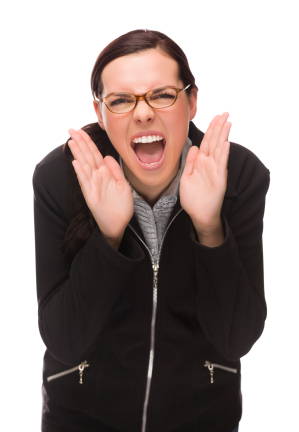 My sister and her husband were hosting a games night on Friday night so I thought I would go and spread the word that I was looking for love. I knew that I would get ribbed about wanting to settle down, but they knew a lot of people and it couldn’t hurt.

Friday morning I texted my sister Fiona and confirmed I was coming and asked if I could bring anything. She texted back with a haha “just your most handsome self”. I picked up the phone and called her back. I had a feeling that there was a set up happening and didn’t want to be blindsided.

“Hey Fiona. Who else is coming tonight?” I asked, fully aware that something was up. “Oh just the usual usual suspects. And Bill’s cousin Tina is in town so she is coming too.” I knew it. Fiona had invited a single girl as a set up. At first I was mildly annoyed but then I thought what the heck. I wanted to look for a serious girlfriend so Might as well start tonight.

” Oh she’s really nice. Tony, you are going to really like her. She’s funny and pretty and of course single.”

“Alright she sounds amazing” I laughed.

So Friday night came and I arrived at Fiona’s place a few minutes early to chat and find out more about Tina.

The front door chimed and Fiona and John went to answer it. I hung back in the kitchen and waited for the guests to arrive. I listened to hear her voice and could only make out lots of laughing and it was hard to make out what she sounded like.

When they all arrived into the kitchen I got up to shake hands with everyone and was introduced to Tina. She actually was very pretty and had a gorgeous smile. Maybe my sister was right; maybe she was amazing.

We all went into the family room with drinks in hand and sat down to play Trivial Pursuit. It started off very friendly with lots of laughing. It really was becoming a great evening. As the game progressed however, I noticed that Tina’s voice got louder and she seemed to get a bit agitated when her answer was wrong. It was my turn and when I ended up answering a very easy question. she seemed to scowl at me. The mood in the room slowly changed from jovial to heated and Tina became way too competitive.

The next thing I knew, the board was in the air, the pieces were everywhere and Tina was heading to the front door to grab her coat. Bill looked embarrassed as he went out to talk to her. She had already called for a cab and I heard her leave as Bill came back inside.